So the morning of the 1st went well with everything being packed and ready for me to drive up to meet the others in Winchester, until I realised that the gears on the bike weren't working..a quick run into Clive Mitchell's Cycles meant that the fine start I had began to slip away. Running late I hopped in old faithful (Hearsy) before we ran into the first of 6 stand still traffic jams, that's right 6!! Anyway after thunderstorms, flooded roads and 7 hours of driving I had made it to the others!

Hearsy was looking fine with the stickers and the others approved and the packing went smoothly. Finally after a quick turn around we were off again to Folkestone at 9pm. We then got our first taste of the continent at 2:30am. This meant that I had racked up 10 hours of driving time as the others didn't come on to the insurance until 00:00am on the 2nd.

An uncomfortable night was spent in the hearse at the first petrol station we came across..this was a long, cramped, sweaty and sleepless night.

This morning we plugged and chugged our way down from Calais to Metz at the steady pace of around 55mph to be kind on Hearsy. However the heat picked up and we were all glad when we finally arrived at the camp site. Also our trust SatNav turned out not to be so trusty after it took us the wrong way up a purpose built bus lane and tried its best to lead us down the wrong-way on some one-way streets.

Tent pitched at the rapid pace of 5 mins, we want to shave at least a minute off of this time by the time we reach England again! Once again we were then battered by heavy thunder, lightning and some serious rain! All to action stations to push the water back out the tent.

Finally the weather has now cleared and we have been able to have a chilled walk around Metz and see some pretty awesome Cathedrals, Fred says this is the most cultural thing he has done all year! 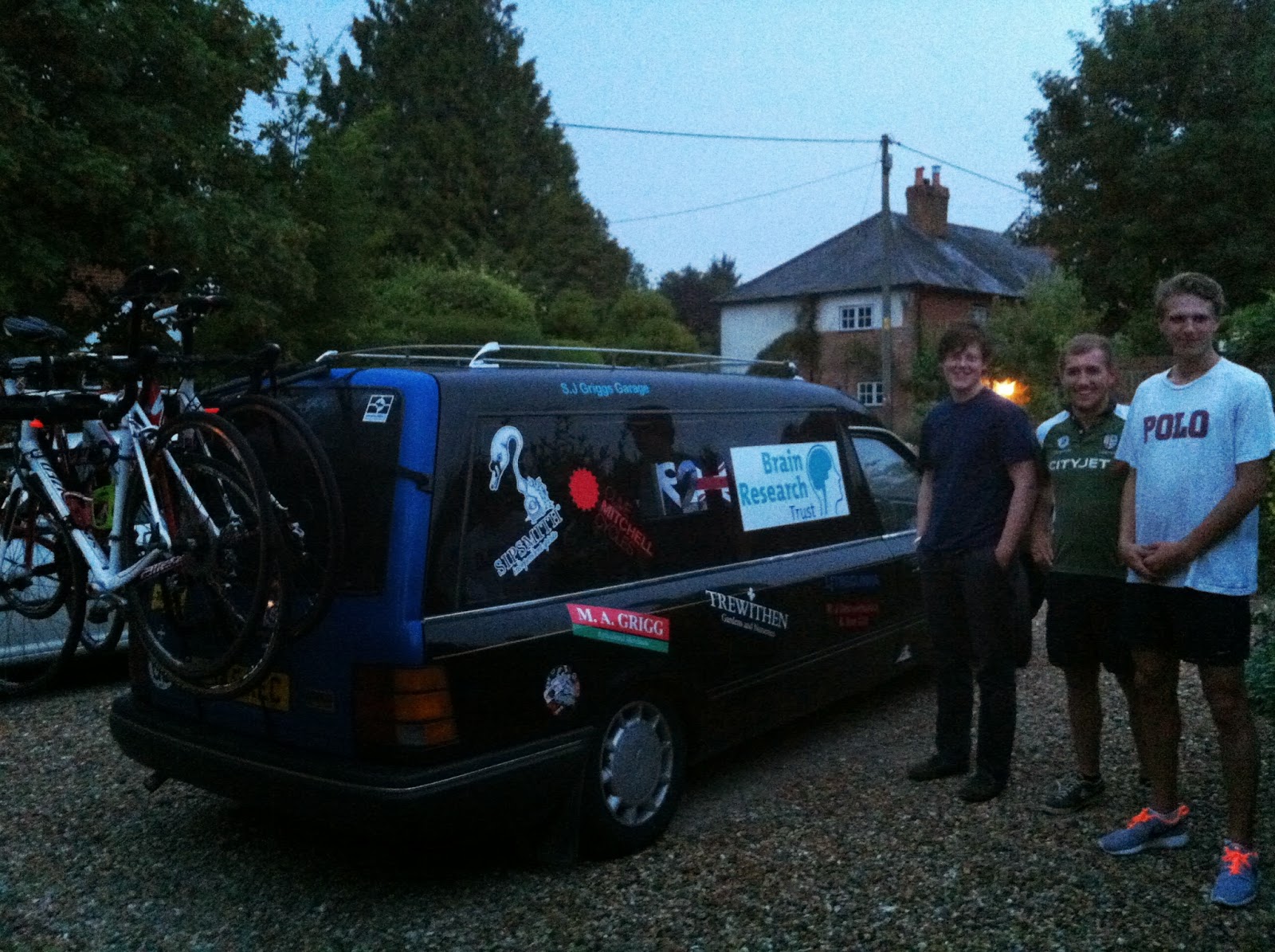 Over and out for now!