Well what a day! The old pins are warm and aching and yet feel great. Fred's bike is still not in a good state however.

But we are hoping the bike will be fixed tomorrow. Firstly, Jack was feeling better and well enough to battle on and smash-up some hills with his 'beast mode on' (you can probably guess who is writing this post!) When we arrived at the base of the Gotthardpass in Airolo prematch nerves were beginning to show, even amongst the most seasoned cyclist amongst us - Archie. As Fred was bike-less, we agreed that Jack would go up first with Arch and then come back down and give Fred his bike for Fred to do battle with this monster of a mountain.

Before I unleash the tale of the climb, let me give you a bit of insight into this mountain. This is a very famous pass used by the old post horse wagons to climb up and over one of the highest peaks in the Alps between Airolo and Andermatt. When you reach the top you will have climbed up to a hight of 2144 meters above sea level, up really very tight hairpin bends!! The road up is made of pure cobbles so on the way down you get a good full-body shake down, just a little painful.

So Arch and Jack set off, Arch was unable to control his excitement and powered off at full speed where as Jack thought it was a good idea to pace himself as if this was a cross-country run. However about a 1/3 of the way up there is a cheeky little junction (the only one on the road) and although this is a well signed posted, Jack took the wrong one (no surprise here!) He had taken the main road by mistake and took the longer, busier way up. This was a bit of a pain but provided some excellent views of the surrounding scenery that you would not have been able to see if you had gone up the correct/normal way. However Arch had powered up the right way and waited a full 25 mins for Jack, before thinking something must have gone wrong so he went back down to try to locate him. Jack then arrived at the top and chilled up there by himself for a bit having missed Arch by arriving from a different way!

Once we all returned at the bottom and had stopped digging at Jack for going the wrong way, it was Fred's turn and Arch went back up again - what a nut job (gaining over 2000m in height in under 2 1/2 hours)! There were no real hiccups apart from Fred getting really bad cramp in his diaphragm, which made Archie think he might have to administer CPR as he was struggling with breathing so much. Thankfully it didn't come to this. He too made it to the top with no more dramas. We have all agreed that reaching to top was one of the greatest things we have all done and the top had the view to match the feeling! It was just the most ridiculous mountain climb ever.....

After the climb Arch and Fred, still feeling fresh descended very fast down to Andermatt. Hitting speeds in excess of 42 mph. Probably a little recklessly. From there to Altdorf was all down hill, only stopping for lunch and a quick photo shoot for our lovely sponsors in the Alps. Enjoy the barrage of pics below...

Tomorrow onto Basel, this will be a long old 95 mile slog through the Alps and will be finished off with our last night in Switzerland. Watch this space for tomorrow's post!

PS: The shopping trip for food int he evening was an absolute disaster. Lidle didn't accept our cards, which stated a bit of a queue, and we then didn't have enough change to buy our food in Francs. So we tried to use a combination of Euros and Francs, which the till couldn't cope with which caused more delays. A very kind man then gave us 5 Francs so we could get on with it. Having paid, and thinking the drama was all over, we were leaving.... then smash! Fred had dropped a glass jar of tomato sauce on the floor. The embarrassment was immense, and the queue we had created had a prime view. Not good. Aldi then also rejected our cards, we tried there as we couldn't get all we needed in Lidle. Eventually we found Mygros supermarket, which was all we could of asked for. And then accepted our cards!! Finally we had got all that we set out for. 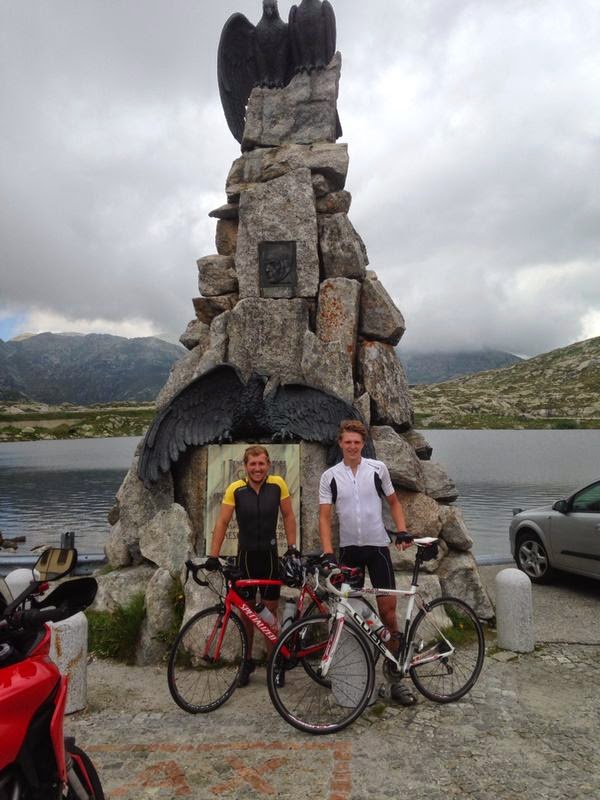 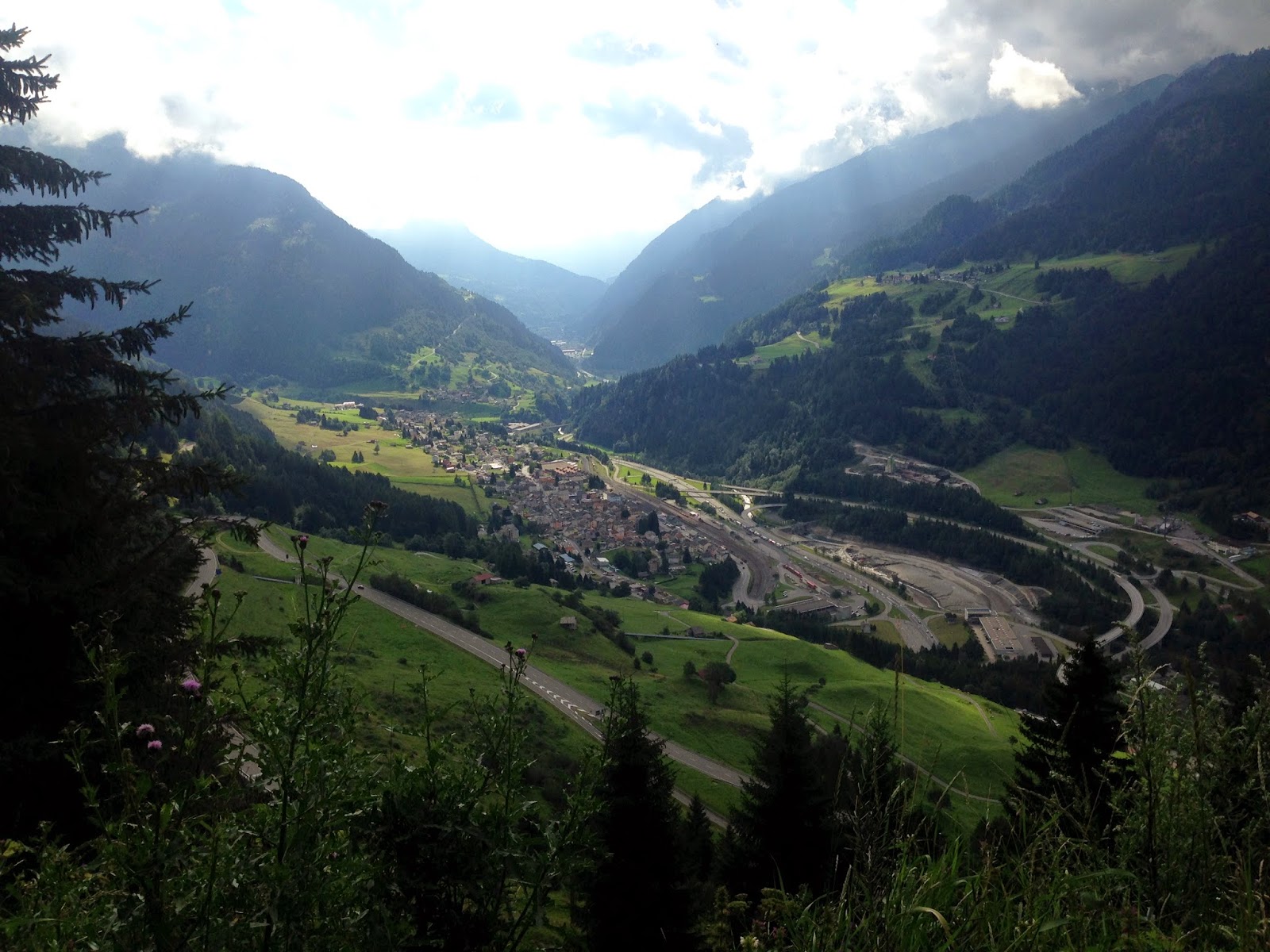 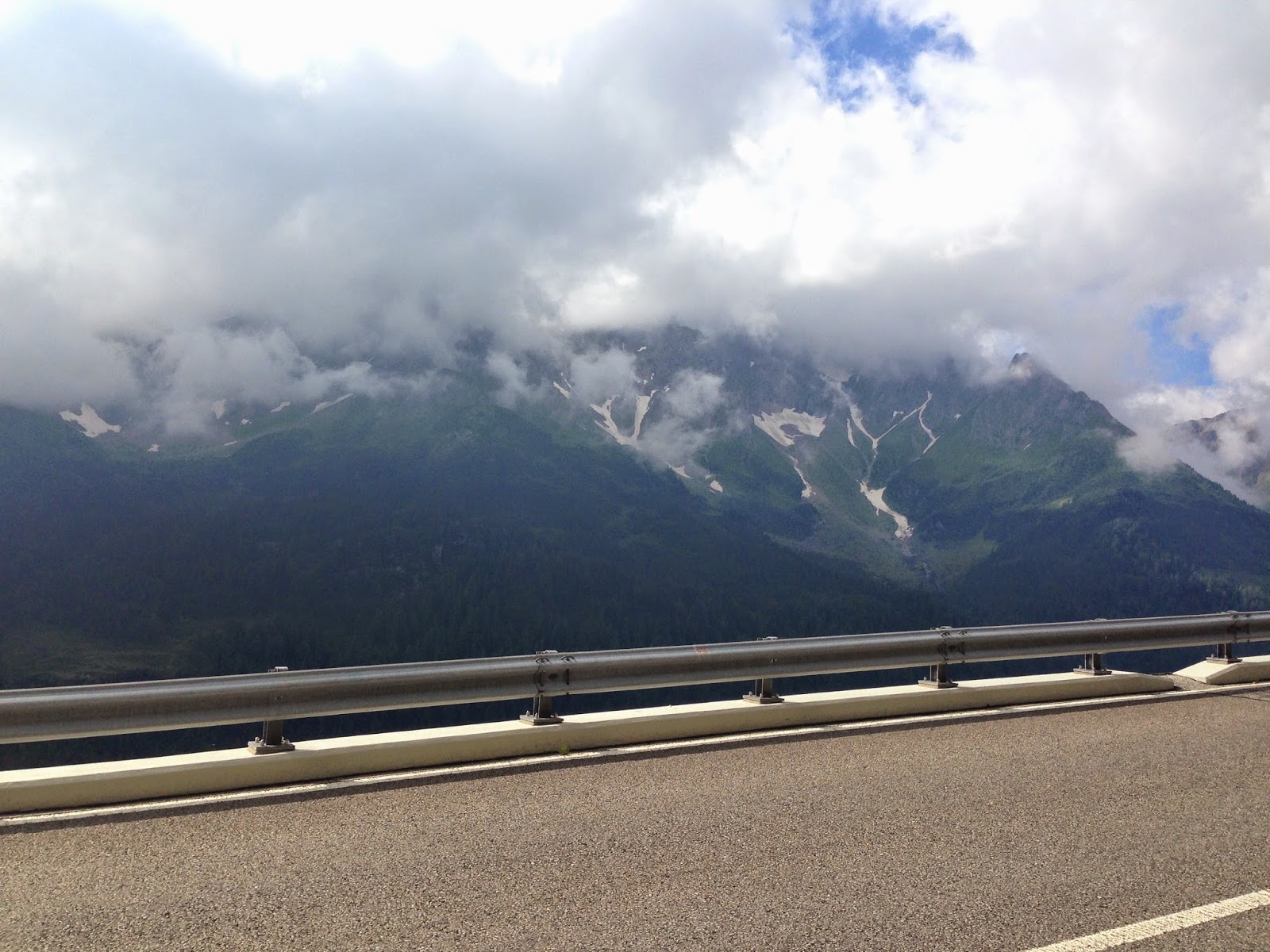 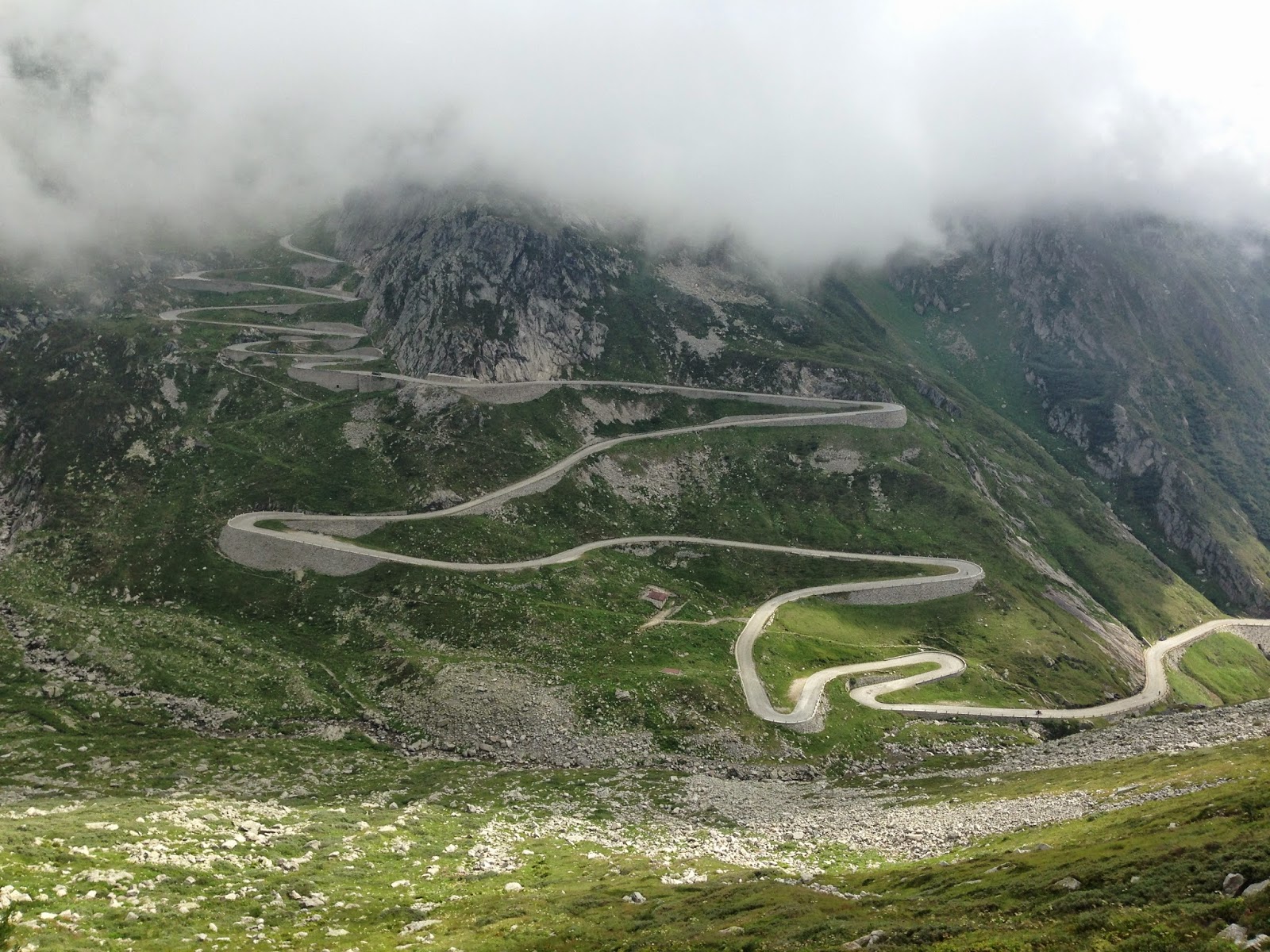 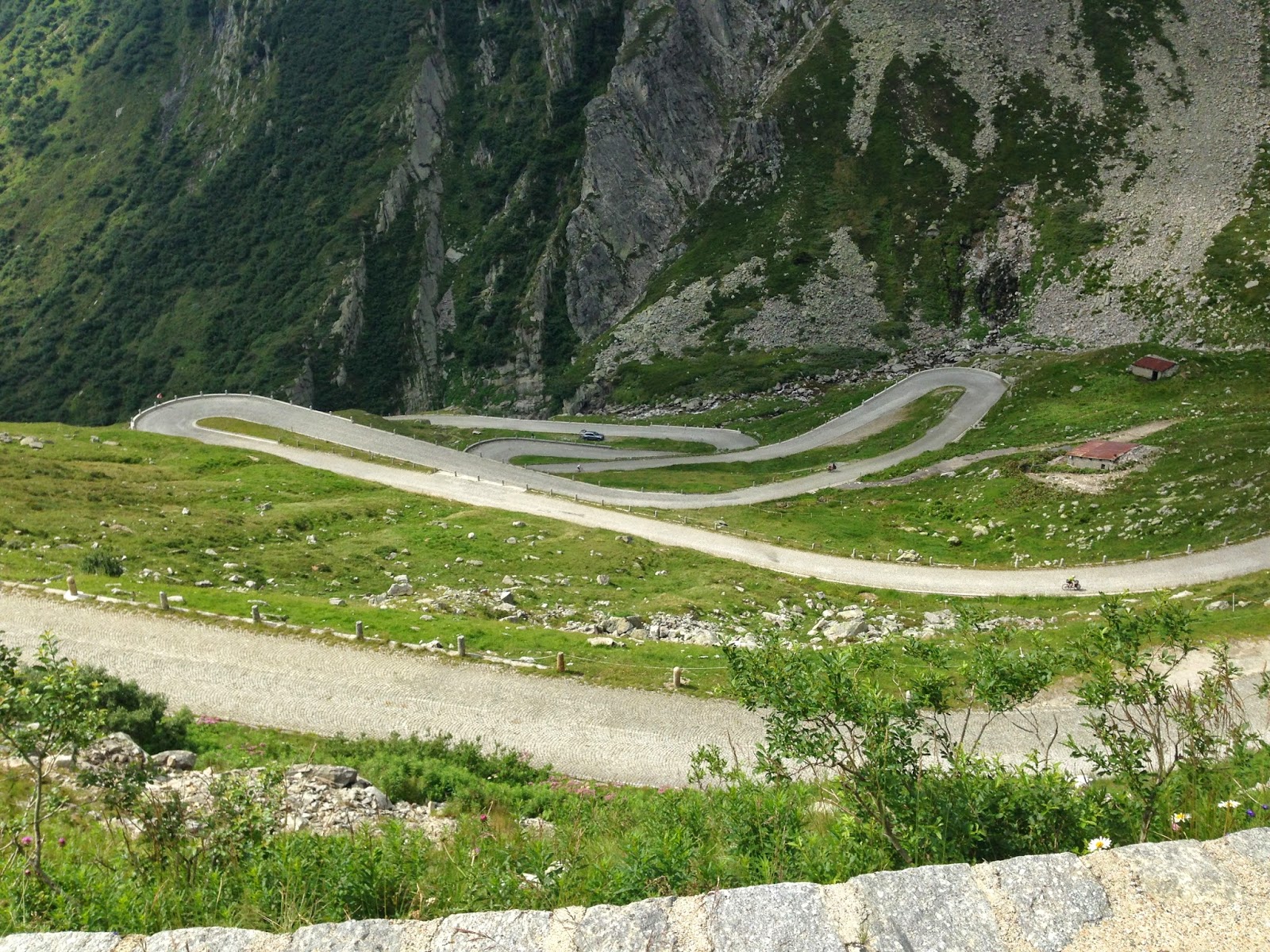 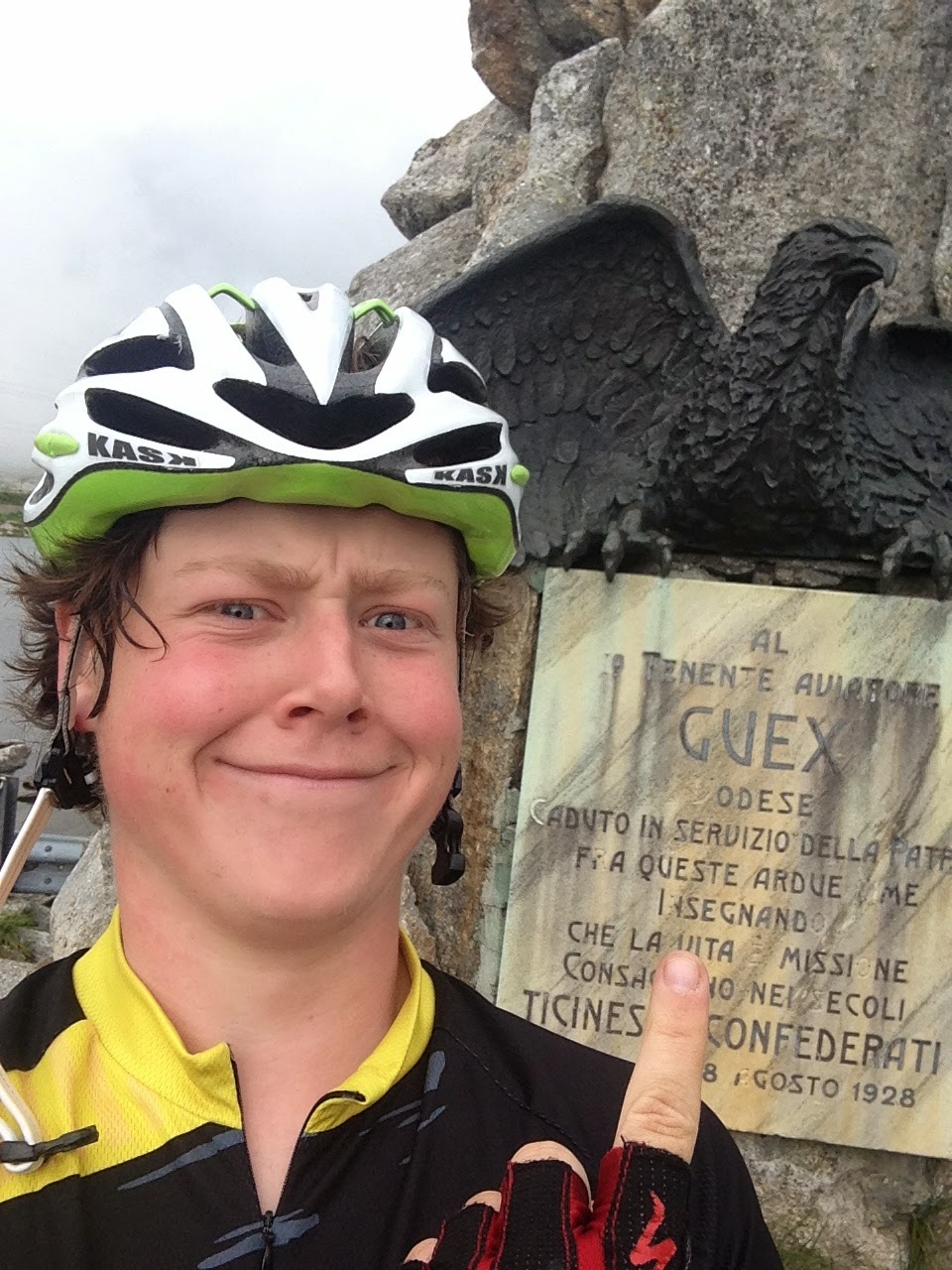 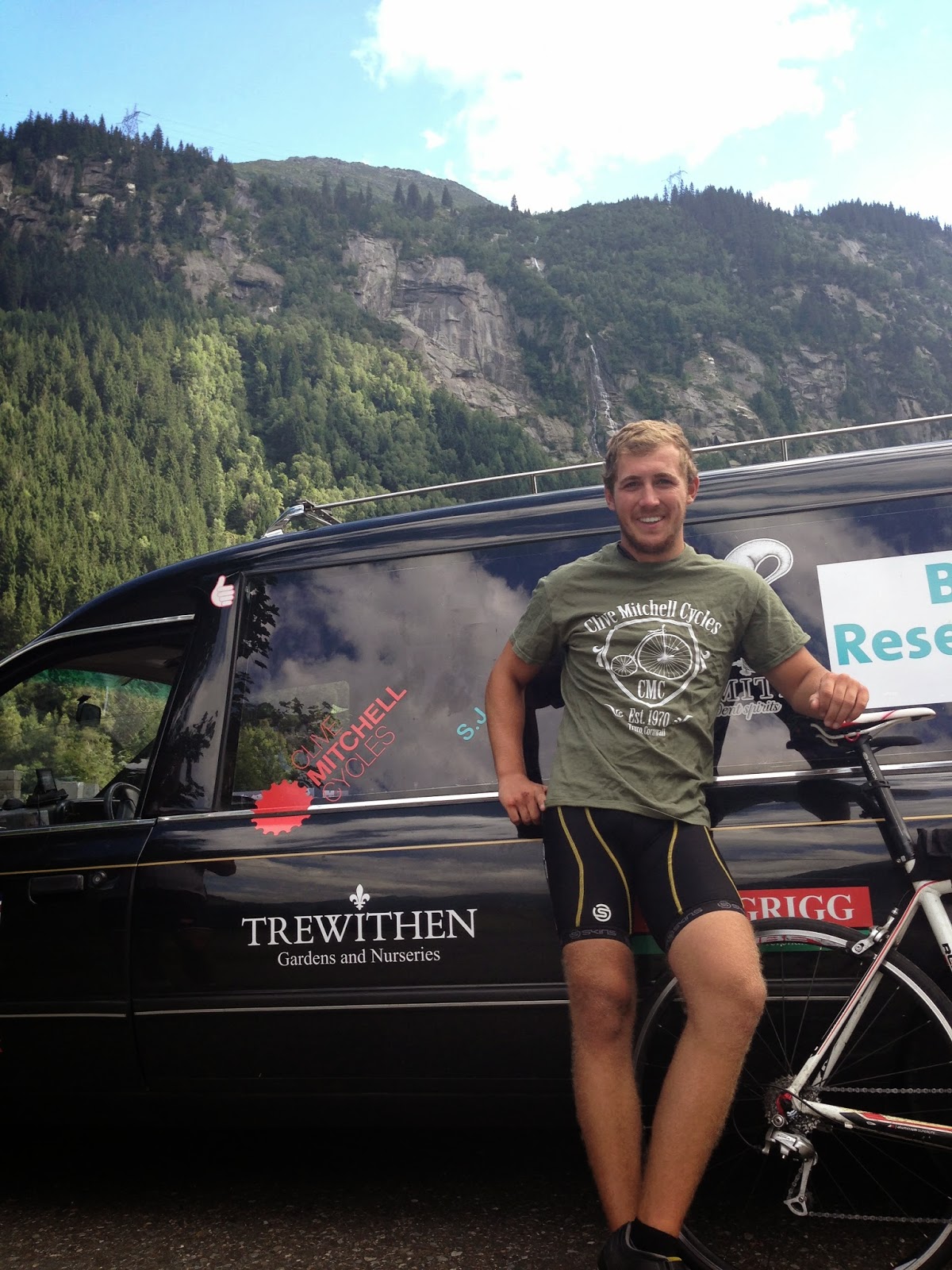 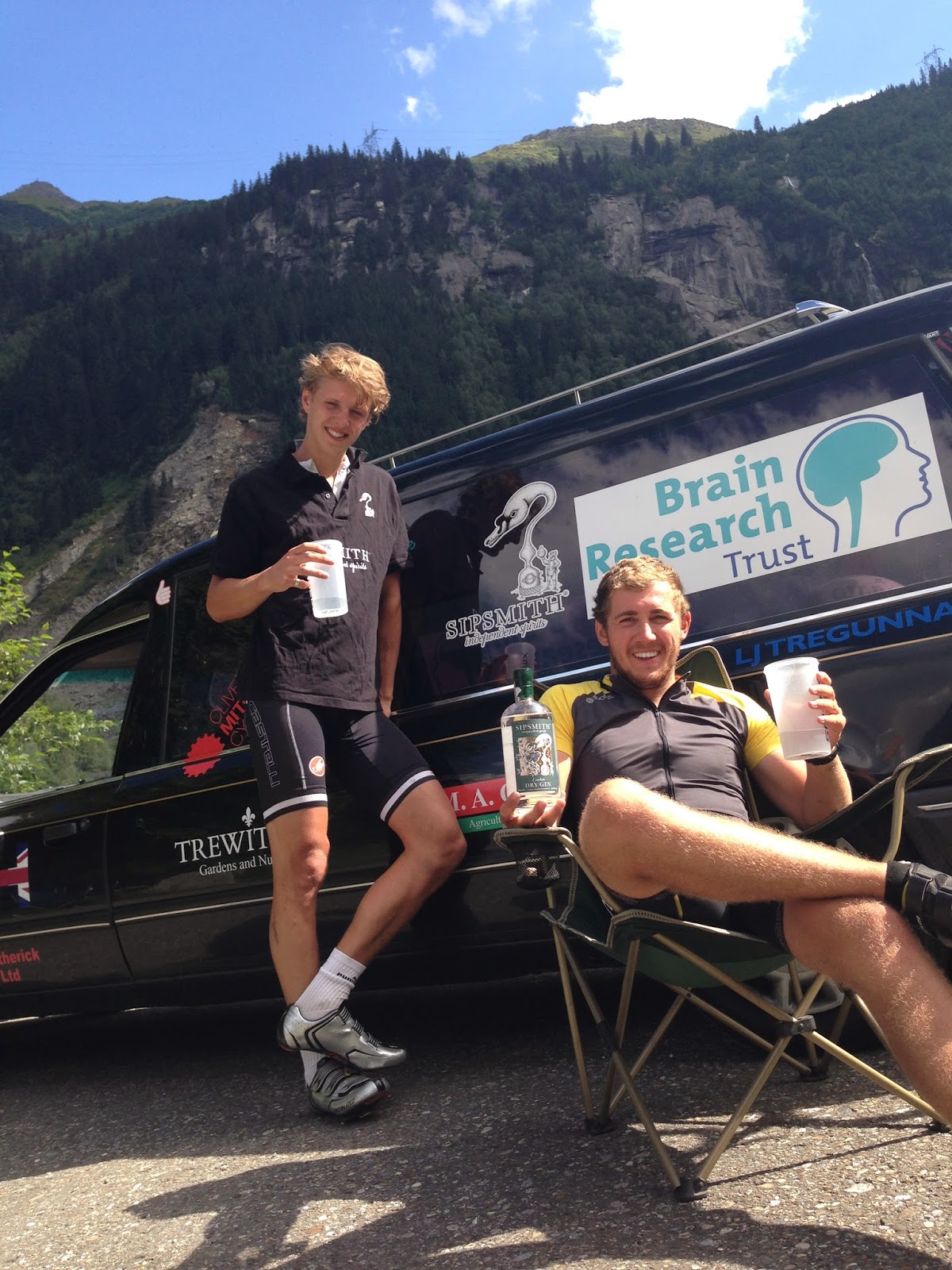