After a hearty breakfast, we finally began our cycle! To get to that point felt like an achievement in itself, and is in brilliant to know all our efforts in planning have paid off (so far) and we have actually made it to the start line. We paused outside the Colosseum for the obligatory snaps, and then set off. We were escorted out by Duncan and Briony in a beautiful Alfa Romeo, which was lucky indeed as it was a little confusing and our map was a rather zoomed out!

It was fantastic cycling along the Tiber River, with many of Rome’s famous monuments flashing by. We got on to Via Cassia, and felt like true Roman legionaries setting off on some adventure to a far flung corner of the empire (in our case Winchester).

The cycling started well in the cool of the morning, with few hills and an easy route to follow. Unfortunately this blissful cycling was not to last. The 25 miles coming up to Viterbo were packed with long climbs, and the increasing heat of the day did little to help our cause. We eventually reached Punta Del Lago where we stopped for lunch and a chance to escape the heat of the day for a few hours. We realised by this point, that how often we met the hearse was dictated by how long out water lasted. In the heat, it did not last long!

We got going again at 2.30pm, where we were greeted by yet more hilly bits. Thankfully what goes up must come down, so we had a nice final 7 mile cruise downhill into Viterbo. On our final run to our campsite in Capodimonte, it was very very hot on account of the little shade.

On arrival we went for a swim in Lago Di Bolsena, with roughly 1,000 Italians that are staying at the same campsite. Then it was back to pasta for supper, made slightly more bearable by Jack’s warm Birthday Prosecco. 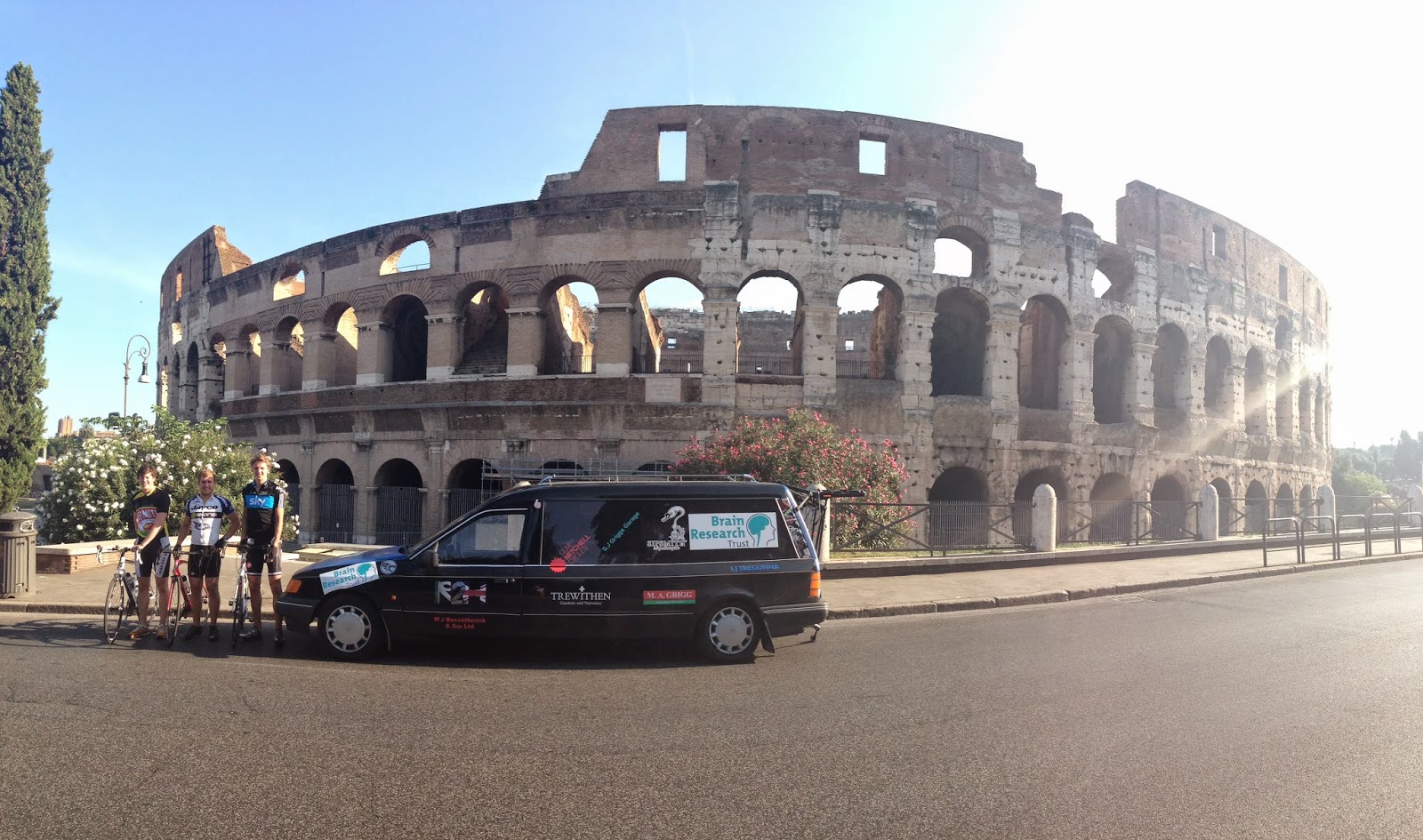 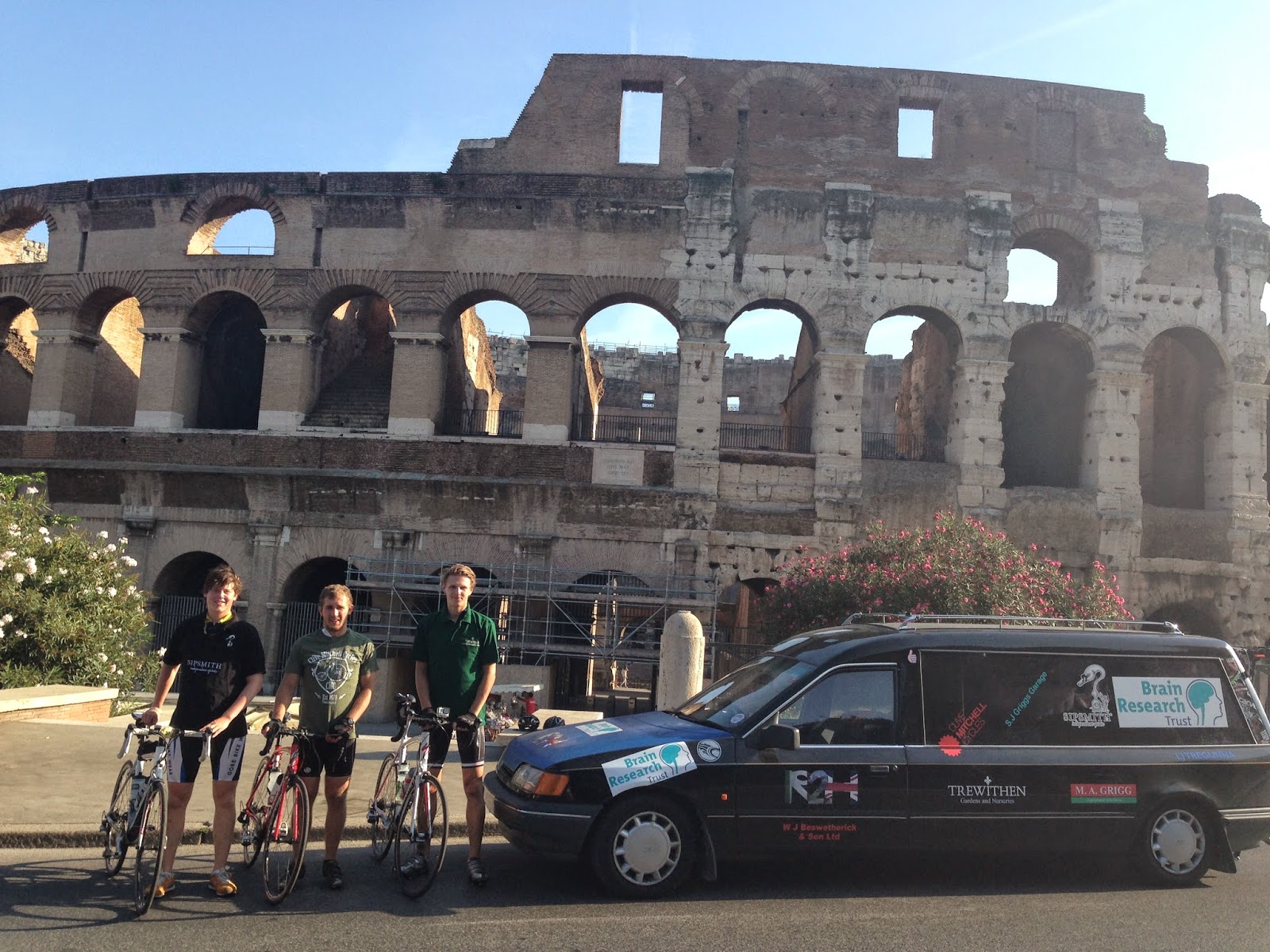